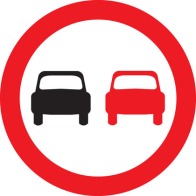 From the moment we learn to read, typography has a significant impact on our lives. Without intending to, we absorb thousands of words a day, sometimes even beginning before we get out of bed. Posters dominate the walls of our towns, shops have unique lettering adorning their fronts, and even clothes often come decorated with typographic slogans.

Typography for many people evokes images of decorative lettering, expressive catchphrases, logos and artistic alphabets – such designs that have obviously been thought out and painstakingly developed. What tends to be forgotten is that every written word is a form of typography. Typefaces, including what you are reading now, have been designed; yet, apart from designers, fonts and such like are often dismissed or taken for granted.

One particular typographic design that we see everyday is displayed on road signs throughout the country. How many people look at a sign on the side of a busy motorway and admire the typeface, the layout, kerning, leading etc? No one does. We think, “Thank goodness that sign was there otherwise I would have missed my turning,” or “I’m glad that sign was there, otherwise this roundabout would be very confusing.”

So, who is the genius behind the helpful and effective road signs around Britain? In fact, it was a project by two designers executed at the turn of the 1960s. Jock Kinneir (1917-1994) and Margaret Calvert (1936) are the people who took on the ambitious project to create an easily deciphered signage system that, not only modernised British roads, influenced the rest of the world.

Since tomorrow, 11th February 2017, would have been Kinneir’s 100th birthday, I thought it worth learning about the designer(s) of a system that we now take for granted. Using carefully placed letters, numbers, symbols and colours, Kinneir and his assistant took on the most ambitious information design project to date, and made our roads, and the ever increasing motorways, a much safer thoroughfare to navigate.

When Jock Kinneir took on this project in 1957, he was already a proficient and admired graphic designer. Born in Hampshire, he developed the taste for art and design, resulting in enrolling onto an engraving course at the Chelsea School of Art. Due to the war, his career did not take off straightaway, however he eventually gained a position in the Central Office of Information as an exhibition designer. By 1956, Kinneir had opened his own studio and was teaching at the same school he attended on a part time basis.

Kinneir’s first major project was developing the signage system at Gatwick Airport, which was only just opening for public use. It is at this stage that Kinneir began his partnership with Margaret Calvert. Studying for a National Diploma in Design, Kinnier recognised her illustration skills and employed her to help him produce artworks and drawings for this notable project.

It was through the results of the Gatwick project that Kinneir and Calvert landed themselves with the road sign commission. At this period of time, motorways were only just being introduced to the UK, meaning that the existing signs were virtually illegible and un-thought-out having been erected many years after the roads were originally paved. Kinneir and Calvert’s job was to work alongside the development of the new roads, developing a coherent system that would be easy to read and understand when driving at high speeds.

It was agreed that a combination of upper and lower case was more legible than the standard block capitals that previous sign-makers had utilised. This meant that an appropriate typeface had to be designed or procured. By adapting the preexisting typeface Akzidenz-Grotesk, a sans serif font originally released in Germany, the pair generated a softer, friendlier version, now known as Transport. The signs themselves sported a blue background with white type, which was easy for drivers to spot against the backdrop of the British countryside as well as the stretch of tarmac ahead of them – both during the daytime and at night.

The motorway signage system was such a success that Kinneir and Calvert were asked to design the other, now familiar, signs on the rest of Britain’s roads. These include the simple triangle signs dotted about our roads, as well as the large green boards on the sides of primary roads, and the white versions on the others.

Calvert was responsible for the pictograms that many of our signs display. It was felt that, on occasion, it was easier to show a command using a symbol, rather than a lengthy instruction that drivers would not have time to read. Now, whenever a driver spots a silhouette of a boy holding hands with a little girl, they know to be extra vigilant of children running around in the area.

Kinneir and Calvert later went on to work with British Rail, hospitals and the army, designing signage systems that were so successful that they are still in place today. Imagine the perplexity of navigating around the country without any clear guidance!

John Kinneir died in 1994, but his legacy remains. Of course, his (and Calvert’s) design has altered slightly, the more developed towns, roads and cities become – unfortunately making some areas rather confusing – however, Kinneir is mostly forgotten, as the public take road signs for granted.

“It is sad but true to say that most of us take our surroundings for granted. Direction signs and street names, for instance, are as vital as a drop of oil in an engine, without which the moving parts would seize up; one can picture the effect of the removal of this category of information on drivers in a busy city or on pedestrians trying to find their way in a large building complex. It is a need which has bred a sub-division of graphic design with more influence on the appearance of our surroundings than any other.” – Kinneir, 1965

Next time you are on the streets, whether driving or walking, take a look at the signs you pass. Appreciate their simple design, the use of colour, the clarity of the typeface. These signs did not just appear there, they have been carefully thought out for your benefit. Try not to take them for granted, and make an effort to remember both Kinneir and Calvert’s names – you never know, they may come up in a pub quiz one day! 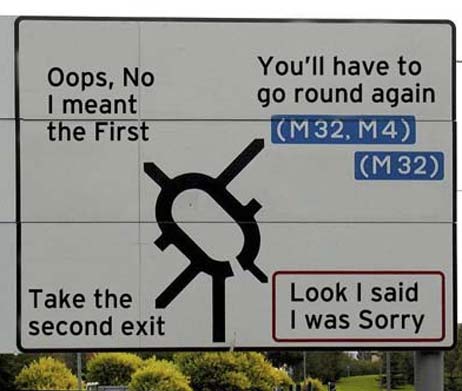