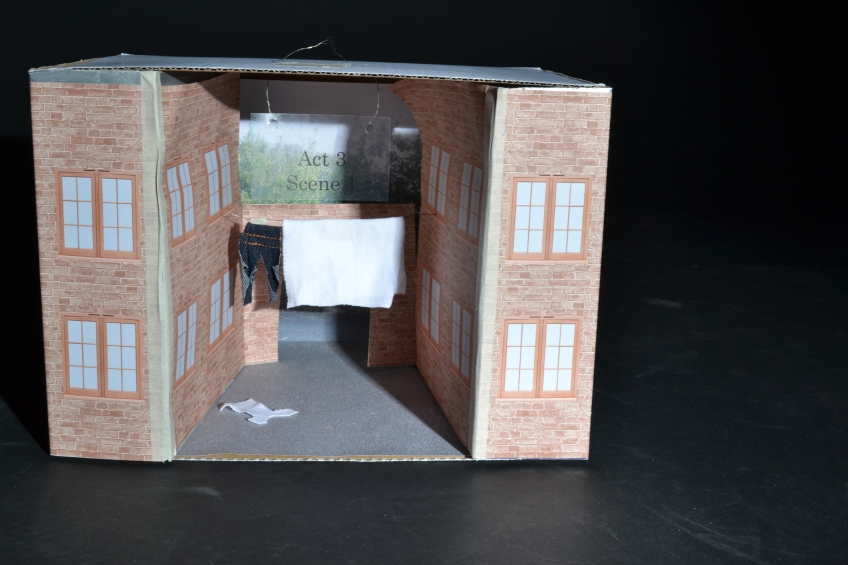 Using a box I had to produce a scene from the play I was focusing on in the Shakespeare work. I chose Act 3 Scene 1, which is the death of Mercutio and Tybalt. Because I was focusing on a modern version I chose to do an alley way instead of a public place.