It is impossible to determine which war has been the worst since it is all relative depending on who you are and what country you come from. However, the First World War (1914-1918) is arguably the most devastating the world has seen to date. Millions across the globe were killed, leaving umpteen children fatherless and significantly increasing the population of widows.

Britain was one of the most affected countries by the First World War, wreaking havoc on all of society and severely disrupting day to day life. It is difficult to imagine what the country would have been like during the war years, and the people today who were around at the time were only children.

Echoes Across the Century is an art instalment at the Guildhall Art Gallery in London, which explores the impact World War One had on the British population. Different perspectives are included with a focus on soldiers, the families left behind, and those supplying arms to the Western Front.

Inspired by the personal stories recorded in diaries and letters, and historical objects from the period, children from a variety of schools ageing between 10 and 16, produced artwork expressing their interpretation of the turmoil experienced by their ancestors.

The other purpose of this exhibition is a commemorative act to acknowledge the centenary of the First World War, providing a place of remembrance where visitors can reflect on the excessive number of lives lost. Not only does it open eyes to the horrors of war, it shows the determination of a society to keep on going and survive their inflicted struggle. 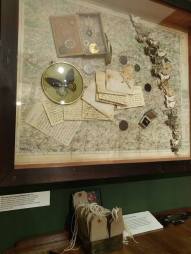 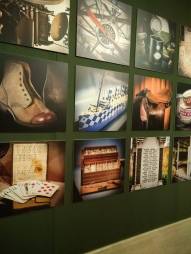 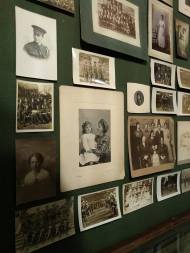 Set out to resemble wooden barracks and trenches, complete with sandbags and relevant sound effects, the exhibition begins with displays of items and photographs preserved from the First World War. This helps to set the scene, evoking a sense of the lifestyle and experience of those around at that time. Alongside these examples is an arrangement of artwork inspired by the war, which is later replicated by the children as part of their own wartime project.

The artist, Jane Churchill, was heavily involved with the building of the exhibition and is responsible for the artwork at the commencement of the show. Inspired by the 1917-18 diaries of Jessie Ellman, Jane Churchill used the story of her Great Uncle Lieutenant William Goss Hicks (Ellman’s lover), who died during the First World War, as the foundation of her installations.

After Will’s death, Jessie Ellman created a “boxed world” titled Scene in which all the people are missing. Using an open box, Jessie used a variety of media to build up a scene to represent the loss of her lover. Borrowing this technique, Jane Churchill has produced a variety of boxed worlds, which, titled Collection of Dreams, show scenes representing the feelings of the women who watched their men leave for war never to return. 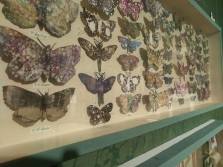 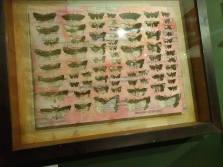 As visitors make their way around the exhibition, it becomes clear that there is some significance in the painted, paper moths pinned onto walls like scientific specimens. Cut out from paper that had been marbled with different coloured paint, these delicate moths are rather beautiful – the children must have thought so too because many of them have attempted their own versions. However, it is not until the end of the exhibition that an explanation is available. The moths are part of an installation by Jane Churchill titled Degrees of Separation, which, again, was in memoriam of William Goss Hicks. W. G. Hicks died at Sevenoakes alongside his comrades, therefore Jane has created 262 moths, one to represent each man who perished alongside her Great Uncle. 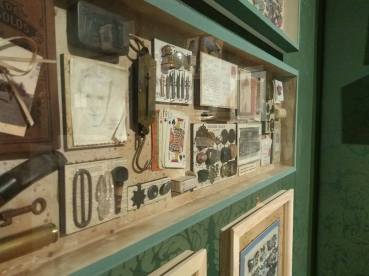 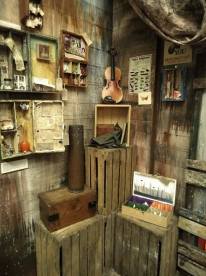 Jane Churchill invited over 240 students from London schools to contribute to the exhibition. Evidently, they were inspired by Jane’s own work with many choosing to replicate the moths and boxed worlds. However, a good number of the young artists came up with their own, unique ideas, largely inspired by artefacts salvaged from soldiers’ pockets after their deaths.

Most of the children will not have a personal connection to the war, so stories and the opportunity to handle wartime objects were the only means of evoking any emotion. A few of the students have studied the correspondence between families, friends, and lovers during the first world war, and have written their own, imagining themselves in that position. It is interesting to see how insightful these children are, despite their significantly contrasting lives.

Naturally, it cannot be expected for a few hundred children to produce aesthetically pleasing, art gallery-worthy artwork, however, their imperfections make them highly suitable for this exhibition. The unsteady hand of the painters and unskilled constructions help to capture the distress and uncertainty of the war era and almost look as if this juvenile style has been used on purpose.

There are eleven sections to the exhibition, which required the children to study different areas of wartime life. Like Jane, some have focused on the fates of the soldiers and the people they left behind, whereas others have been inspired by propaganda, munitions works and popular pastimes (e.g. playing cards).

Despite being mostly developed by children, Echoes Across the Century is as much informative as it is visually interesting. They have successfully conjured up an accurate atmosphere, which for youngsters with no experience of war, could not have been easy. This exhibition is not something you expect to see when visiting the Guildhall Art Gallery and is a stark contrast to the paintings on the floors above.

With only a month remaining, it is worth visiting and appreciating this unique exhibition. It is something that hopefully the children and schools involved with be proud of for years to come.

One thought on “Echoes Across the Century”